The Oldest Museum of Polotsk

Polotsk Museum of Local Lore is located in a former Lutheran church, a monument of Neogothic architecture that was constructed in the beginning of 20th century. The Museum was founded and opened in 1926. Over the past few years the exposition has undergone a number of rearrangements. Today about 1500 interesting museum items reflect the most important pages of the city history.

The most ancient traces of activity of the primitive man on Polotsk land go back to the Mesolithic Age. The exposition shows the materials of archaeological excavations of Mesolithic camps (Simeon's farm). There are various small-sized implements made of silicon such as flint-flakes, scrapers, and tips of arrows. Also put on display are some casually found articles that include a tusk of a mammoth and work tools referring to the Neolithic and the Bronze Age. The items that date back to the Iron Age are mainly articles made of bone such as needles for puncturing animals' skins, amulets, etc.

Polotsk arose on an island of the Polota River, in a settlement of Baits of the early Iron Age. In the course of time tradesmen and craftsmen began to settle outside the city walls, and in the second half of 10th century the fortified settlement was transferred onto a high right bank of the West Dvina River. One can have an idea of how an ancient settlement and a city of 12th century looked like from diaramas that depict the topography of Polotsk quite accurately. Materials obtained during the research of archeological monuments tell us about occupations of the then population and trade relations maintained by the Polotsk land. The exposition displays articles made by potters, bone-carvers and other handicraftsmen, which proves a high proficiency level of our ancestors. Convenient location along the international trade route promoted fast economic and cultural development of Polotsk. Among the witnesses of trade relations are such interesting exhibits, as cauri shells from the Maldives in the Indian Ocean, glass beads and bracelets from Kiev, amber from the Baltic, and Arabian Kufic dirkhems.

Through the ages citizens had to keep vigil and even take up arms in order to protect the integrity and independence of the Polotsk Princedom. Therefore in the museum one can see many articles of military destination: mace tops, tips of arrows, a chain armour and a sword of an ancient warrior of the 10th century.

In the beginning of the 14th century Polotsk was annexed to the Grand Duchy of Lithuania, and in 1569 — to Rzecz Pospolita. Materials of the exposition tell us about the most interesting pages in the history of the city of these periods: the participation of Polotians in the battles of Kulikovo and Grunwald, awarding the Magderburg law to the city, the seizure of Polotsk by the army of Ivan the Terrible during the Livon War, the assault of the city by Stephen Batory's troops, and the arrival in Polotsk of Jesuits as well as monks representing other Catholic orders.

In 1772, after the first partition of Rzecz Pospolita, Polotsk was incorporated into the Russian Empire as a country town of the Pskov Province. Four years later it became the center of the separate Polotsk Province, which two more years later was transformed into a region ruled by a governor-general. All these administrative partitions are documented in the exposition by various acts, maps, heraldic and numismatic materials.

During the Patriotic War of 1812 the territory of Polotsk became a battlefield. The exposition features the portraits of commanders, military equipment and clothes, copies of pictures depicting the battles near Kljastitsy and in Polotsk. Samples of the weapons of that time such as pistols, broad swords and sabres are of interest too. A separate showcase is devoted to general Yacov Kulnyov, a war hero who was killed in action near Kljastitsy.

In 19th – beginning of 20th century Polotsk became an industrialized district center and a market town in which capitalist relations were gaining ground. A characteristic feature of that period was coming into existence of a number of small factories and plants. The exposition shows documents, product samples of factories, articles of everyday life that one could see in stores or workshops, photos of stations of the Nikolayev and Riga–Oryol railways that were constructed in Polotsk at that time, and a selection of postcards of the beginning of 20th century with views of Polotsk.

Revolutionary events of 1905, World War I and the occupation of Polotsk by the German troops in 1918 are represented in the museum by dioramas, maps and charts, military equipment, weapons, a collection of bonistics and awards of Russian and German officers and soldiers. The exposition of the second floor of the museum is devoted to the events that took place in Polotsk during the period of 1917–1941. 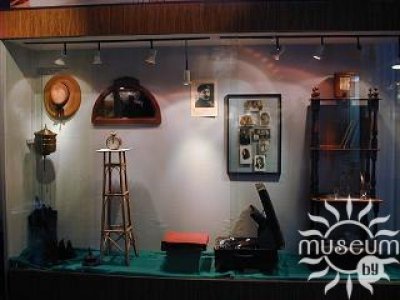 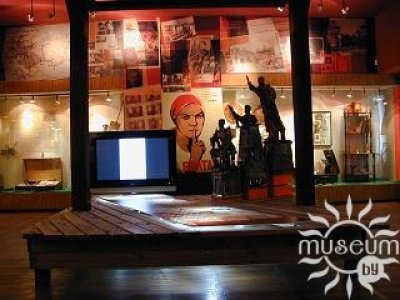 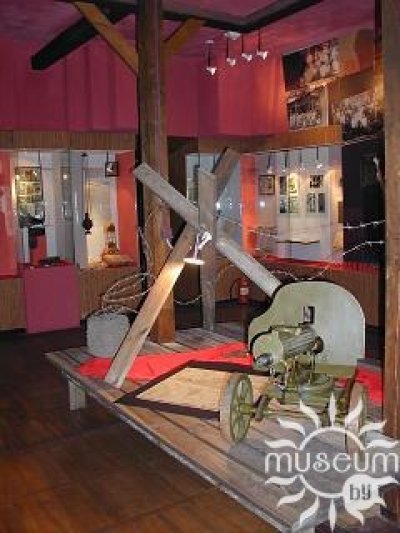 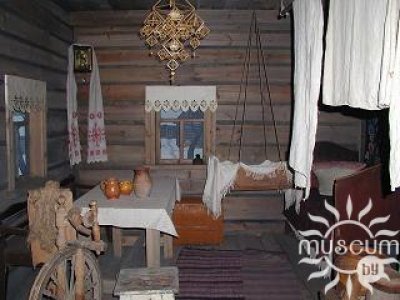 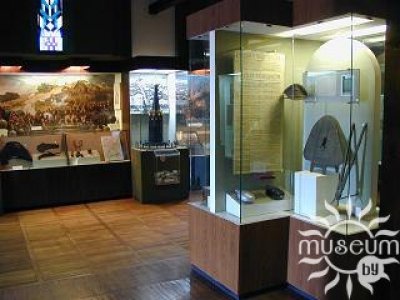 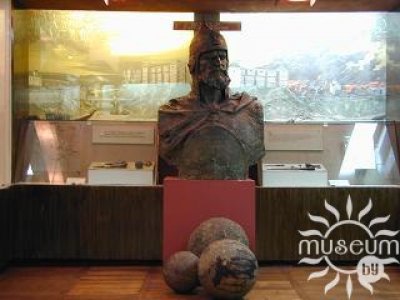 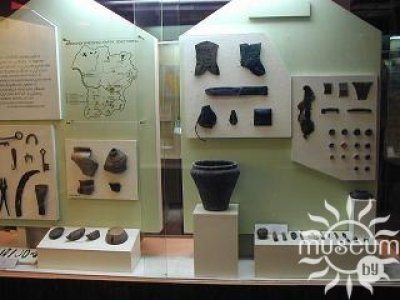 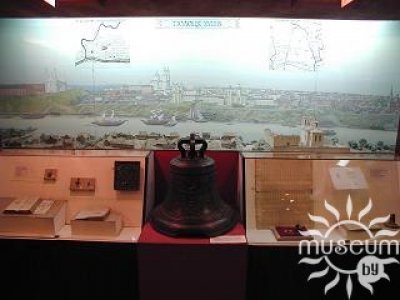 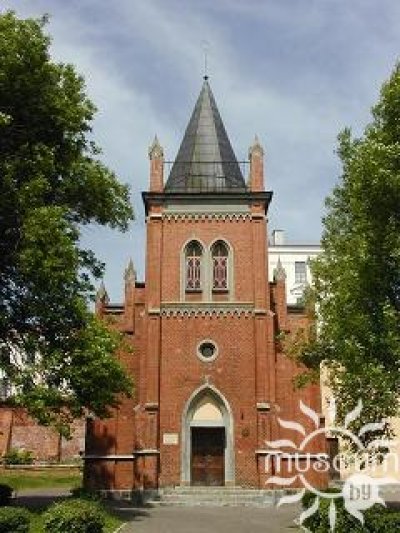